By dmmsfrontiermissions on Sunday, May 7, 2017

If you had to choose between building relationships with lost people and going to church, which one would you do? Seriously.  Most would answer, “Go to church, obviously.”  Going to church is what “good” Christians do. True. It’s a worthy thing to do, especially if being part of that church community is causing you to grow as a disciple. So often, though, there is a big difference between being a Christian and being a disciple.  What do “good” disciples do? I believe that engaging with, befriending, and loving on lost people and sharing good news with them, is what disciples do.  It’s what Jesus did. He hung out with lost people a lot more than he went to synagogue meetings and conferences right?

I wonder sometimes why attending church weekly has become such a highly critical component of our “following Jesus” while making disciples is not.  Jesus never once commanded us to “go to church every week.”  He repeatedly told His disciples to “go and make disciples,” that He would make them “fishers of men” and that the Son of Man had come to “seek and save the lost.”  I’m pretty sure the gospels speak a lot more about making disciples of lost people then about attending a meeting in a building once a week.

Someone said to me recently, “Jesus didn’t say to make disciple makers, he said to make disciples.”  They had issues with the expression of the Great Commission by various DMM/CPM speakers like Victor Chaudhrie and Ying Kai*.  I’ve been pondering that a bit this week.  Is it an inappropriate distortion of scripture to add that emphasis on disciple making when teaching on the Great Commission?  I’m a seminary grad so I went back to my hermeneutics training on this one.

It is true, Jesus said “make disciples.” He didn’t say “make disciple makers.”  I believe though, in light of the huge lack of emphasis in the church today on the inherent role of disciple making in the life of a disciple, it is not an inappropriate way to state the Great Commission.  Instead, it is a needed emphasis to bring across the correct message. Jesus’ originally intended message would be consistent with using the word disciple makers, not just the word disciples in Matt. 28:28-20.

Let’s go back to the issue re-alligning our priorities.  We all have limited time and make constant choices about how we will use that time.  What are your essential activities and priorities?  Is building relationships with lost people around you one of them?  Is opening up space in your life and schedule to share the gospel when God prompts you and the opportunity comes along important to you?  Are you watching for and seeking those chances to share good news and make disciples of those God has put into your life; at work, in your neighborhood, at the grocery store?

Even missionaries can fall into the trap of being so busy with “ministry” that we fail to prioritize the lost, we fail to prioritize disciple making.  Ironically, it was in response to the call to fulfill the Great Commission that many of us are “on the field” now.  So how did it slip to such a low priority in our actions and thinking?

Take a moment to look at your life and schedule.  How could you adjust it to make more space to connect with lost people in genuine ways?  What if you were, for a few months, to give it the same level of priority in your Christian life as you give to attending church and church events?  I’m not saying stop going to church!  Just give it equal billing- equal time in your schedule.  See what God might do!

*Read more about Ying Kai or Victor’s teaching of the Great Commission and Disciple Making on their websites http://www.t4tglobalmissions.org/the-great-commission, or in this Mission Frontier’s article http://www.missionfrontiers.org/issue/article/church-planting-movements-from-one-indian-perspective. Who Is Best Qualified to Effectively Train Others? 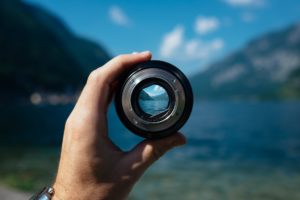