How To Find Potential Leaders and Fruitful People Our resources are limited. Time, money, energy, and personnel are all stretched far too thin when pioneering in new areas. Some people seem to only drain our precious resources. As disciple makers, how do you avoid wasting time on the wrong people? How do you discover the potential leaders who will be most helpful in growing the movement?

While it is tempting to try to guess who will be worth investing in, we are often wrong in our guesses. The best way to discover who to invest in is to first train a larger group of people. Give them assignments to apply the training. Then, watch to see who does what they were trained to do. Those who actually take steps to begin working are the ones worth investing in. These are the people who will most likely be the most fruitful.

I was invited to speak in a Discipleship Training School (DTS) for Youth With A Mission (YWAM). There were about 15 students. I was teaching for a week on the Biblical Foundation for Missions. My goal was to present the need of reaching the unreached. I would then call people to get involved in church planting efforts.

Some of the students looked like they would be wonderful church planters. They were attentive to my training. They spoke up in discussions. Good questions were asked and they seemed to understand the concepts.

Others, well, they seemed pretty “villagy.” I wasn’t sure they were understanding well, even

though the translator did a good job. Sometimes they stared off into space blankly.

This was especially true of one older man named *Jeremiah. He didn’t seem very “with it” and he wasn’t very educated. I would never have chosen him as the person in the class who would produce the most fruit. But he did! Jeremiah applied everything I taught. God spoke to him during that week about an unreached nomadic group of honey hunters. He quickly made plans to go live among them.

Later, through this uneducated man, whole villages came to Christ! The others who had looked so bright? Most of them ended up doing ministry things of some kind. But they didn’t lead very many unreached people to Christ. Who would have known Jeremiah would be the one worth investing in? Certainly not me!

Train Everyone, Not Some

Ying Kai of T4T says it so well, “Train everyone, not some.” Jesus taught this principle in the parable about the net.

“Once again, the kingdom of heaven is like a net that was let down into the lake and caught all kinds of fish. When it was full, the fishermen pulled it up on the shore. Then they sat down and collected the good fish in baskets, but threw the bad away.” Matt. 13:47-48 NIV

Often we are tempted to “pre-filter” those we will train as disciple makers. Consciously or unconsciously, we pre-determine who has potential. Our rationale behind this is that we don’t want to waste our time on the wrong people. We have limited time, energy and finances to use. But, so often, the people we think will be faithful and fruitful are not the ones who actually are! I can’t emphasize this enough.

A lot of trainees (whether in an organization like YWAM or when training local church believers) get excited about the vision you share. They want to start a DMM and multiply disciples. Some of them have tremendous potential. The problem that often surfaces is an inability to focus on the task of disciple making.

They may have the vision and passion but not the discipline to say no to other things. Or they may simply be over-committed. Investing in people who can not (or will not) give time to apply what you train them for is not wise. You are wasting your resources. It takes valuable time away from those who could produce much more Kingdom fruit. Give your time to the person who is able and willing to give their time and focus to disciple making.

When running initial training, start with as many people as possible to train! I strongly recommend Just In Time approaches rather than longer-term training. If you run a 3 or 6-month program, you have little chance to filter for obedience. Instead, running 1-3 day training or up to two weeks makes it much easier.

Cast vision for DMMs, and equip them with at least one simple skill. Then follow-up and watch what they do. This can be done within the training itself. Send them out to share their testimony or tell a Bible story. Then see who did it. Also, watch for those who tried but failed. Effort matters.

The true test comes after the training is over. That is when you can find out who is worthy of your greater mentoring effort.

This requires a different way of thinking about training. We need to shift from running discipleship programs to inviting people into a process of being trained. A willingness to follow through after the initial training event is critical. Invest the time and effort to stay in touch with trainees in the first few weeks after the Just In Time training. Then filter.

Let’s train differently. Your Timothy and Titus are out there waiting to be discovered. God has chosen them and will bring them to you. How will you know you’ve found them? When you see them applying what you teach. Those leaders will carry the movement far beyond you. 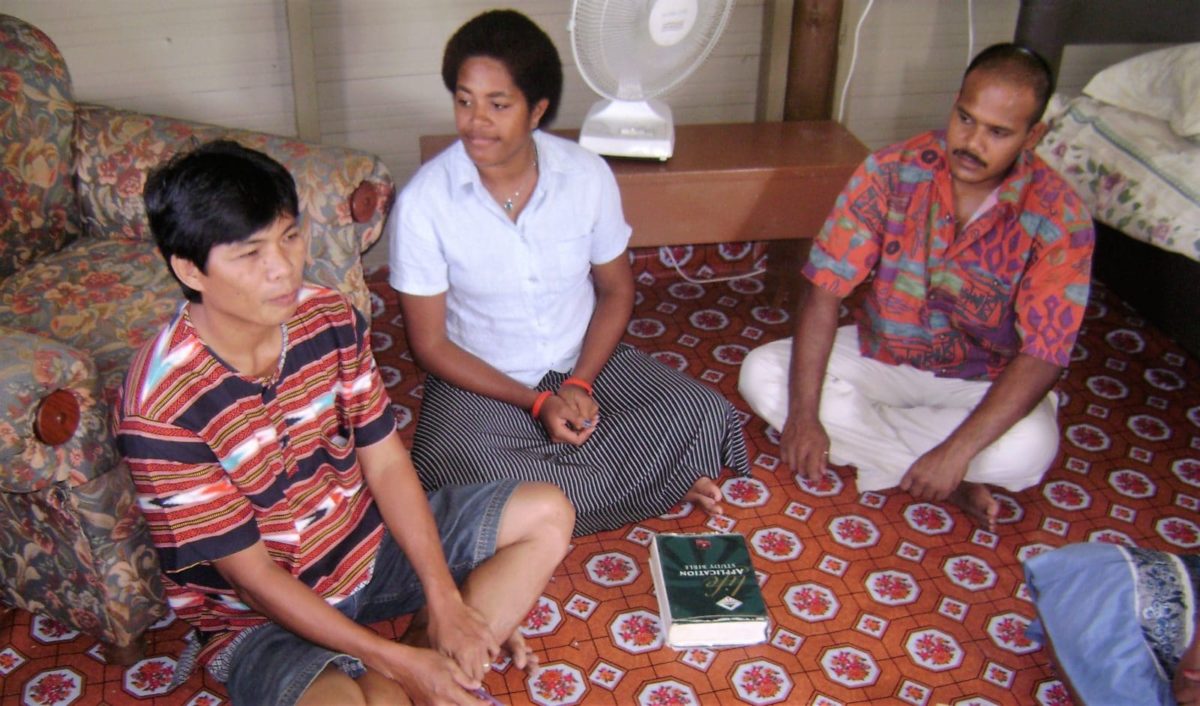